Gelato 41 is an indica-dominant hybrid photoperiod cannabis strain, which is much loved for its XXL buds; She can produce 500–700g/m² indoors and up to 850g per plant outdoors with THC levels of 27%.

Gelato 41 is a photoperiod cannabis strain of indica-dominant hybrid origin, extremely popular Californian weed genetics, much loved by growers and consumers across the planet. This strong adoration for this photoperiod strain comes mainly from its huge production of XXL buds; these gems will become very large and give you breathtaking colors and fragrances. These inflorescences are spectacular, with beautiful colors ranging from light green to purplish.

These indoor photoperiod indica marijuana strains can grow to heights of 80-120 cm. On the other hand, when grown outdoors, under ideal environmental conditions, they will calmly grow up to 220 cm. Gelato 41 strain is a variety which is very easy to grow; in fact it is a genetics greatly appreciated for the fact that it does not take much experience to be able to extract excellent yields.

The flowering cycle for these plants indoors will be 9-10 weeks. While, outdoors, you will have to wait until the beginning of October, when we will finally harvest splendid fragrant buds. The inflorescences of Gelato 41 have the fantastic characteristic of having a large layer of resin on top of them, which makes the flowers an out of the ordinary high.

The inflorescences of Gelato 41 must be smoked with extreme caution; in fact given its very high THC content they will get smokers high enough to knock them out in a few moments. Its powerful effects begin to penetrate the human body, making it heavy and deeply relaxed. You can smoke during the day to recover energy and rest and at night for the purpose of relaxing after a hard day at work.

One of the popular varieties of Cali Weed…

Plants of this cannabis genetics produce excellent yields. Indoors, after drying the crop, we will notice that we have produced around 500–700 g/m². On the other hand, in open-air cultivation this genetics is even more productive, in which it can produce up to 850 g for plant. It has a very high number of trichomes, which will help to produce THC at insane levels.

In fact, the gelato 41 strain thc percent reaches up to 27%, while the quantities of CBD will be practically nil. Her buds are covered with resin crystals, which may offer some hint of the stunning quality of smoke this spectacular strain will offer us.

The Gelato 41 Weed possesses truly unique characteristics, starting from its intoxicating aromas, with notes of fruit, mint and chocolate, it is in fact a genetics of Californian herb truly appreciated all over the world, a bit like almost all varieties of Californian weed, but the gelato 41 weed also has an exceptional compactness, in addition to its own resin content really amazing. It is one of the leading Californian cannabis strains grown from cali weed, which already says it all about the quality of this gelato strain marijuana plant.

With the cannabis gelato strain it is possible to make some really fantastic hashish, in fact the gelato 41 hash is one of the most famous and appreciated hashish varieties around the globe, from Europe to America and the Middle East gelato 41 hash has won the hearts of all hash lovers thanks to its extremely powerful flavor and effects.

Also blue gelato 41, or another marijuana genetics descended from Gelato 41, guarantees us the same effects but with different flavors and aromas, in fact blue gelato 41 has aromas with earthy, sweet and citrus notes.

Customers who bought GELATO 41 FEM they also bought these products

Which cannabis plants have the highest THC?

In our large catalog of thc cannabis seeds there are numerous varieties of marijuana, some more potent than others. According to our cannabinoid analyzes, the cannabis strains that reach the highest thc levels are: Sunset Sherbet, Runtz, Gelato 41 and Gorilla Glue, these strains can easily reach peaks of 30% thc.

What are the fastest cannabis breeds?

Of course, the fastest cannabis breeds are autoflowering marijuana strains, which have a total life cycle that can range from 8 to 12 weeks, from germination to harvest of course. We at Grace Genetics own these fast cannabis breeds in our cannabis seed catalog.

How tall do cannabis plants reach?

Cannabis plants can reach very different heights based on genetics: in fact a photoperiod strain will be taller than an autoflowering strain, and it will also depend on indica or sativa dominance. In general, sativa plants will be taller than indica plants. Photoperiod strains can reach heights of up to 200cm in an outdoor grow, while autoflowering genetics will reach up to 100/150cm in height.

How many plants can I legally grow indoors?

Unfortunately, under UK law, it is not possible to legally grow any cannabis strain with a high thc content.

How Many Grams Do Autoflowering Cannabis Plants Produce?

Autoflowering cannabis plants are among the most cultivated varieties in the entire world, obviously

Hashish difference with Weed, What is better to smoke? 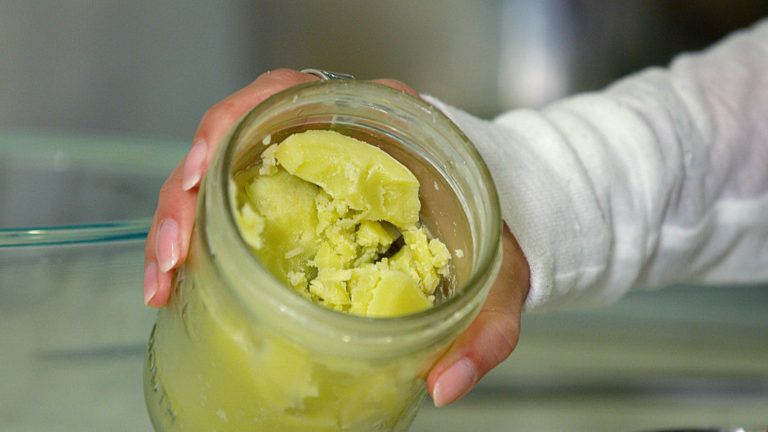 How To Make Cannabutter At Home? 5 simple steps

For many years all the benefits of edible cannabis have been discovered, in fact

We love what we do for this reason we want to do it in the best possible way, by buying on our site you are not simply buying cannabis seeds but you are fomenting an idea that goes further than the simple trade.

We ship worldwide as discreetly and securely as possible. Shipments arrive in about 5 days throughout Europe and in maximum 20 days in the rest of the world.

Our products are subjected to rigorous checks before being presented in our catalog, the analyzes are precise.

No order is too small or too big for us from the heart of Barcelona we are able to have privileged access to the best genetics in the world by offering our customers innovative products at competitive prices.

Free seeds in every order 🎁